Wi-Fi transmits information in packets of data, which in turn consist of symbols, each encoded with several bits.

The modulation symbol is a phase and sample code of the signal generated by changing the high frequency carrier frequency, which can then be bit-sequenced or demodulated by the receiver, for example, a 16QAM symbol encodes 4 bits in each symbol. Thus, 4 bits are transmitted with each symbol transmission and decoding. At the same time, however, the 1024 QAM symbol transmits 10 bits, i.e. such a symbol must be able to differentiate with respect to the state of the 1024 different signals.

To identify a symbol, a setting signal is added in front of each symbol, which allows the beginning of the symbol to be identified. With a long symbol and, if necessary, a longer setting signal, a larger coverage area is achieved.

The video shows that the length of the symbol has changed with the advent of the Wi-Fi 6 standard from 3.2 microseconds to 12.8 microseconds. It now depends on the modulation how much information each symbol contains, but simple math says that a long symbol and preamble are easier to identify and demodulate in a reflective and noisy environment, so distances increase significantly.

Watch the video for more details.

In particular, longer symbol lengths benefit in long-distance outdoor nets and where signals are reflected from surfaces. A good example are long corridors, where the 802.11ax terminal can now be used to go around a 90-degree concrete corner at the end of the corridor and still have a real 70-megabit connection to the Internet. The 11ac standard signal had long been interrupted at these test points at 5 GHz, and the 11n 2.4 GHz was able to transmit few intermittent packets.

Another example is the street surrounded by houses, where with the 11ax standard you can go 250m in both directions from AP, if you also use BeamFlex + antenna technology. Here, the R750's speeds are in a completely different class than conventional devices with only Beamforming. 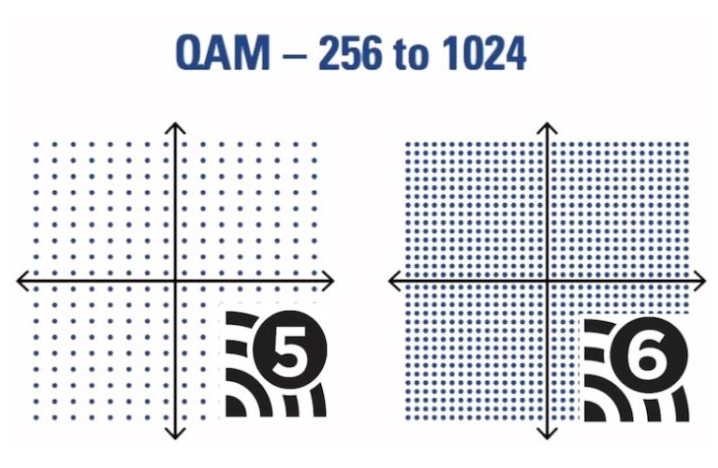